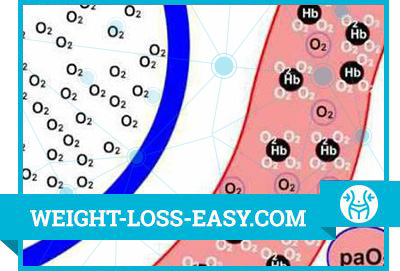 Alkalosis is an increase in the pH of the blood (and other body tissues) due to the accumulation of alkaline substances.

Alkalosis (late lat. Alcali alkali, from Arabic. Al-quali) is a violation of the acid-base balance of the organism, characterized by an absolute or relative excess of bases.

According to the origin of alkolosis, the following groups are distinguished.

Occurs due to hyperventilation of the lungs, leading to excessive removal of CO2 from the body and a fall in the partial voltage of carbon dioxide in arterial blood below 35 mm Hg. Art., that is, to hypocapnia. Hyperventilation of the lungs can be observed with organic brain lesions (encephalitis, tumors, etc.), effects on the respiratory center of various toxic and pharmacological agents (for example, some microbial toxins, caffeine, corazol), at elevated body temperature, acute blood loss, etc.

Exogenous alkalosis is most often observed with excessive administration of sodium bicarbonate to correct metabolic acidosis or neutralize the increased acidity of the gastric juice. Moderate compensated alkalosis may be due to prolonged use of food containing many bases.

Mixed alkalosis – (a combination of gas and non-gas alkalosis) can be observed, for example, with brain injuries accompanied by shortness of breath, hypocapnia and vomiting of acidic gastric juice.

With alkalosis (especially associated with the hypocapnia), general and regional hemodynamic disturbances occur: the cerebral and coronary blood flow decreases, the blood pressure and the minute volume of the heart decrease. Increases neuromuscular excitability, there is muscle hypertonus until the development of seizures and tetany. Often there is a depression of intestinal motility and the development of constipation; decreases the activity of the respiratory center. For gas. Alkalosis is characterized by a decrease in mental performance, dizziness, and fainting can occur.

Symptoms of gas alkalosis reflect the main disorders caused by hypocapnia – cerebral artery hypertension, peripheral vein hypotonia with a secondary decrease in cardiac output and blood pressure, loss of cations and water in the urine. The earliest and leading signs are diffuse cerebral ischemia – patients are often agitated, anxious, may complain of dizziness, paresthesias on the face and limbs, quickly get tired of contact with others, concentration and memory are weakened. In some cases, there are fainting. Pale skin, possible gray diffuse cyanosis (with concomitant hypoxemia). On examination, the cause of gas alkalosis is usually determined – hyperventilation due to frequent breathing (up to 40-60 respiratory cycles per minute), for example: in pulmonary thromboembolism; pathology of the lungs, hysterical dyspnea (the so-called canine breathing) or due to the mode of artificial ventilation of the lungs above 10 l / min. As a rule, tachycardia is noted, sometimes a pendulum-like rhythm of heart tones; small pulse. Systolic and pulse blood pressure is slightly reduced when the patient is in a horizontal position; when shifting to the sitting position, an orthostatic collapse is possible. Diuresis increased. With prolonged and severe gas alkalosis (pCO2 less than 25 mmHg), dehydration of the body can occur, and seizures occur as a result of developing hypocalcemia. In patients with organic pathology of the central nervous system and “epileptic readiness,” gas alkalosis can provoke an epileptic seizure. On EEG, an increase in the amplitude and a decrease in the frequency of the main rhythm, bilateral synchronous discharges of slow waves are determined. On the ECG, diffuse changes in myocardial repolarization are often detected.

Metabolic alkalosis, often appearing with the use of mercury diuretics and with massive infusions to a patient with alkaline solutions or nitrate blood, is usually compensated, is transient in nature and has no pronounced clinical manifestations (some respiratory depression is possible, the appearance of edema). Decompensated metabolic alkalosis usually develops as a result of primary (with prolonged vomiting) or secondary (from potassium loss during massive hemolysis, diarrhea) loss of chlorine by the body, as well as in terminal states, especially those accompanied by dehydration. There are progressive weakness, fatigue, thirst, anorexia, headache, minor hyperkinesis of the muscles of the face and extremities appear. Seizures due to hypocalcemia are possible. The skin is usually dry, the tissue turgor is reduced (with a large amount of fluid infusion, swelling is possible). Breathing is superficial, rare (if pneumonia or heart failure do not join). As a rule, tachycardia, sometimes embryocardia is detected. Patients first become apathetic, then inhibited, drowsy; further disorders of consciousness are aggravated up to the development of coma. On the ECG, low T-wave voltage and signs of hypokalemia are often detected. Hypochloremia, hypokalemia, hypocalcemia are determined in the blood. The reaction of urine in most cases is alkaline (with A. due to the initial loss of potassium – acid).

Chronic metabolic alkalosis, which develops in patients with peptic ulcer due to prolonged use of large quantities of alkalis and milk, is known as Burnett syndrome, or the milk-alkali syndrome. It manifests itself in general weakness, loss of appetite with aversion to dairy foods, nausea and vomiting, lethargy, apathy, skin itching, in severe cases – ataxia, deposition of calcium salts in the tissues (often in conjunctiva and cornea), as well as kidney tubules, which leads to the gradual development of renal failure.

Therapy of gas alkalosis is to eliminate the cause of hyperventilation, as well as to directly normalize the gas composition of the blood by inhalation of mixtures containing carbon dioxide (for example, carbogen). Therapy of non-gas alkalosis is carried out depending on its type. Apply solutions of ammonium, potassium, calcium chlorides, insulin, carbonic anhydrase depressants and promoting the excretion of sodium ions and bicarbonate by the kidneys.

Patients with metabolic alkalosis, as well as gas alkalosis, developed on the background of serious diseases, such as pulmonary embolism, are hospitalized. Gas alkalosis due to neurogenic hyperventilation in most cases can be eliminated at the site of patient care. With significant hypocapnia, inhalation of carbogen is shown – a mixture of oxygen (92-95%) and carbon dioxide (8-5%). For convulsions, calcium chloride is injected intravenously. If possible, eliminate hyperventilation, for example, with the introduction of Seduxenum, morphine, and if the artificial respiration mode is incorrect, with its correction.

With decompensated metabolic alkalosis, sodium chloride and calcium chloride solutions are administered intravenously to the patient. When hypokalemia prescribed intravenous potassium drugs – Panangin, potassium chloride solution (preferably the simultaneous introduction of glucose with insulin), as well as potassium-sparing drugs (spironolactone). In all cases, ammonium chloride can be administered orally, and prialkylose, due to the excessive introduction of alkalis, diakarb. Treatment of the underlying disease, aimed at eliminating the cause of the disease (vomiting, diarrhea, hemolysis, etc.).