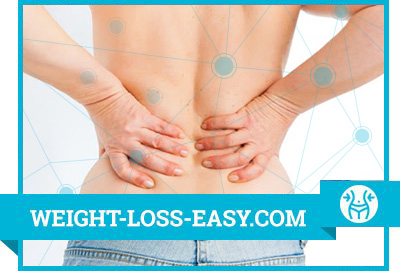 Xanthinuria is a hereditary disease caused by a deficiency of the xanthine oxidase enzyme and characterized by impaired purine metabolism; manifests itself as recurrent hematuria and pain in the lumbar region, an increase in the content of xanthine in blood plasma and urine.

Xanthine is the immediate precursor of uric acid. It is formed from certain purines, while hypoxanthine is an intermediate product. The oxidation of gppoxanthine to xanthine, and the latter to uric acid, is mediated by xanthine oxidase found in the liver and intestinal mucosa.

Xanthinuria is rare. The level of uric acid in the serum of patients (1 – 8 mg / l) is not detected by conventional methods. Low levels of hypoxanthine are found in both blood and urine. When consuming foods that do not contain purines, uric acid stops being excreted. Xanthine is even less soluble in urine than uric acid; accordingly, some patients with xanthinuria develop urinary stones consisting of pure xanthine.

These stones are not radiopaque, but there is one case reported where the stone contained 5% calcium phosphate and therefore was radiologically low-contrast. Some patients who complain of muscle pain after exercise have deposits of xanthine crystals in the muscles.

The enzymes xanthine oxidase and sulfite oxidase require the presence of molybdenum as a cofactor. One patient was identified with a deficiency of molybdenum and deficiency of both of these enzymes. All patients with xanthinuria should consume large amounts of fluids, limit purine intake, and alkalize urine. The solubility of xanthine in urine at pH 5.0 is 50 mg / l, and at pH 7.0 – 130 mg / l.

Several approaches are used in the treatment of patients. Avoiding foods high in purines (eg, sweet bread) is recommended in addition to treatment with drugs that increase renal uric acid clearance. Probenecid is effective in increasing uric acid clearance and can be used to treat patients with hyperuricemia and normal renal function.

Allopurinol, a xanthine oxidase inhibitor, is also widely used to treat patients with hyperuricemia. In individuals with an unidentified enzymatic defect in purine biosynthesis, this drug reduces the production of purines, increases the excretion of oxypurines (xanthine and hypoxanthine) and decreases the excretion of uric acid.

In Lesch-Nyhan syndrome, treatment with allopurinol is accompanied by a decrease in uric acid levels (and a decrease in the manifestations of gouty arthritis and salt deposits); it is ineffective for neurological symptoms. In persons with hyperuricosuria, which has developed as a result of increased synthesis of uric acid de novo or drug therapy, it is necessary to maintain a sufficiently high urine volume with a pH of 7.0.

This is usually accomplished using balanced salt mixtures such as Polycitra, which are more potent than bicarbonate. The importance of maintaining urine pH at about 7.0 is supported by the fact that at pH 5.0 the solubility of uric acid is 150 mg / L, while at pH 7.0 it is 2000 mg / L. Hyperuricemia with glycogenosis I, like other types of severe hyperuricemia, must be corrected; it is not amenable to correction with the introduction of probenecid, but is quite sensitive to the effects of allopurinol.