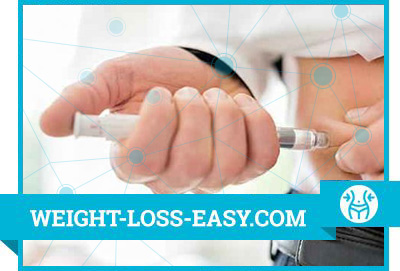 What is Hypoglycemic Coma?

The basis of the pathogenesis of hypoglycemia, according to modern concepts, is a decrease in glucose utilization by cells of the central nervous system. Free glucose is known to be the main energy substrate for brain cells. Inadequate supply of glucose to the brain leads to the development of hypoxia, followed by a progressive violation of the metabolism of carbohydrates and proteins in the cells of the central nervous system. Various parts of the brain are affected in a certain sequence, which causes a characteristic change in clinical symptoms as the hypoglycemic state progresses. First of all, the cerebral cortex suffers from hypoglycemia, then the subcortical structures, the cerebellum, and eventually the functions of the medulla oblongata are impaired. The brain gets its nutrition from carbohydrates. However, little glucose is deposited in the brain. The energy needs of the cells of the central nervous system are very large. Brain tissue consumes 30 times more oxygen than muscle tissue. Glucose deficiency is accompanied by a decrease in oxygen consumption by cells of the central nervous system even with sufficient oxygen saturation of the blood, and therefore the symptoms of hypoglycemia are similar to signs of oxygen deficiency. In the pathogenesis of hypoglycemia, the ability to utilize glucose is a decisive factor, therefore hypoglycemic conditions can be observed with normal and even elevated blood glucose levels, but with suppression of the processes of glucose entering the cell. Due to energy starvation of cells of the most differentiated parts of the brain (cortex and diencephalic structures), irritability, anxiety, dizziness, drowsiness, apathy, inadequate speech or actions occur. In case of damage to phylogenetically more ancient parts of the brain (medulla oblongata, upper parts of the spinal cord), tonic and clonic convulsions, hyperkinesis, inhibition of tendon and abdominal reflexes, anshokoriya, nystagmus develop.

Hypoglycemia is an adequate stimulant of the sympathoadrenal system, which leads to an increase in blood levels of catecholamines (adrenaline and norepinephrine). This is manifested by characteristic vegetative symptoms – weakness, sweating, tremors, tachycardia. At the same time, hypoglycemia causes irritation of the hypothalamus, followed by activation of the contrainsular neurohormonal systems (corticotropin – glucocorticoids – somatotropin). Increased activity of the contra-systems is a compensatory reaction of the body aimed at eliminating hypoglycemia. A significant place in the elimination of hypoglycemia by self-regulation belongs to the pancreatic hormone glucagon, which activates the breakdown of glycogen, primarily in the liver.

Prolonged carbohydrate starvation and hypoxia of the brain are accompanied not only by functional, but also by morphological changes, up to necrosis or edema of certain parts of the brain. An excess of catecholamines with hypoglycemia leads to a violation of the tone of the vessels of the brain and stasis of blood in them. Slowing blood flow leads to increased thrombosis with subsequent complications. It has been suggested that one of the causes of neurological disorders in hypoglycemia may be a decrease in the formation of amino acids and peptides necessary for the normal functioning of neurons.

It should be remembered that the hypoglycemic state contributes to ketogenesis. The mechanism is as follows. With a decrease in blood glucose and the development of energy deficiency, the secretion of catecholamines and growth hormone increases, enhancing lipolysis, which creates the conditions for the accumulation of beta-hydroxybutyric and acetoacetic acids in blood, the main substrates of ketosis.

Depending on the individual sensitivity of the cells of the central nervous system to a lack of glucose and the ability to utilize it, the hypoglycemic state occurs at different levels of glycemia – from 4 to 2 mmol / l and lower. In some cases, hypoglycemic conditions can develop with a rapid decrease in glycemia from a very high level, for example, from 20 or more mmol / L, to normal and even slightly increased blood glucose (6-8 mmol / L).

Four main stages are clinically distinguished, which include hypoglycemic conditions and to whom:

A person’s life is at risk of death, as a sharp decrease in blood sugar caused the onset of growing symptoms of hypoglycemic coma, which can trigger the occurrence of cerebral edema.

The following reasons can serve the development of such a dangerous condition: erroneous administration of insulin, too late a response to the development of a hypoglycemic state, glucose in large quantities that caused an overdose. Clinically, cerebral edema manifests itself in an increase in body temperature, the presence of meningeal symptoms, respiratory problems, vomiting, and a change in heart rate.

Hypoglycemic coma and its preceding hypoglycemic conditions lead to various kinds of consequences: current and distant. Current ones begin to develop within a few hours after the start of the hypoglycemic reaction process. They manifest as aphasia, impaired blood circulation of the brain, the onset of myocardial infarction, etc. After a few days or even months, long-term consequences develop, which manifest as epilepsy, progressive hypoglycemic states, parkinsonism, as well as encephalopathy.

Speaking about laboratory criteria for confirming the above conditions, it is believed that a hypoglycemic reaction occurs when the blood sugar is from 3 mmol / l or less. Although even when blood glucose is at the level of 5-7 mmol / l or more, manifestations of hypoglycemia are possible. This occurs when the gap in glucose utilization by the cells of the central nervous system is impaired. In addition, the laboratory criterion for hypoglycemic conditions is a positive reaction of the body to the introduction of glucose intravenously.

The treatment consists in a jet intravenous administration of 40-60 ml of a 40% glucose solution. If the initial diagnosis was correct and no complications (especially neurological ones!) Developed against the background of a coma, the patient regains consciousness at the “tip of the needle”.

What to do in cases where emergency care is required and there is nothing to provide it? Cases are described when, in such situations, it was possible to remove patients from the state of hypoglycemic coma, causing them severe pain irritations, for example, sinking of the skin, intense blows to soft tissues, etc. How to explain this phenomenon? With a superficial coma, a nonspecific response to severe pain irritation persists, which causes a response from the body – there is a massive release of catecholamines into the bloodstream, which in turn carry out the rapid conversion of endogenous glycogen to glucose, due to which hypoglycemia is stopped.

After recovering from a coma, the victim should receive carbohydrates inside in the form of quickly (sugar) and slowly (bread) digestible products, since if hypoglycemia occurs under the influence of prolonged forms of insulin, relapse is possible.

Prevention of such conditions is most effective for ensuring a stable condition of a patient with diabetes.