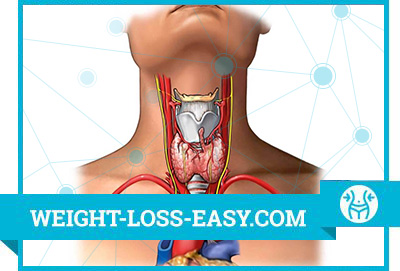 The reason for the relatively rare secondary hypothyroidism, as a rule, is various destructive processes in the hypothalamic-pituitary region. Most often, we are talking about macroadenomas of the pituitary gland and suprasellar structures, as well as surgical interventions for these diseases.

With a deficiency of thyroid hormones, changes develop in all organs and systems without exception. Since the main function of thyroid hormones is to maintain the main metabolism (cellular respiration), when they are deficient, there is a decrease in oxygen consumption by tissues, as well as a decrease in energy expenditure and utilization of energy substrates. For the same reason, with hypothyroidism, there is a decrease in the production of a number of energy-dependent cellular enzymes that ensure their normal functioning. The universal change that is found in severe hypothyroidism is mucinous edema (myxedema), the most pronounced in connective tissue structures. Myxedema develops due to excessive accumulation in the interstitial tissues of hyaluronic acid and other glycosaminoglycans, which, due to their hydrophilicity, retain excess water.

The clinical picture of hypothyroidism is determined by its etiology, patient age, and the rate of development of thyroid hormone deficiency.

The main problems in the clinical diagnosis of hypothyroidism are:

As indicated, the clinical picture of hypothyroidism as a whole is characterized by polysystemicity, but complaints and symptoms from a single system dominate in individual patients, and therefore, the patient is often diagnosed with a mask disease.

With severe and persistent hypothyroidism, the patient develops a fairly characteristic “myxedematous” appearance, which is characterized by general and periorbital edema. The face is puffy, pale jaundice, the look alienated, facial expressions poor (masked face).

In addition, there is a thinning and tarnishing of the hair, their increased loss. In general, patients are lethargic, slowed down or even inhibited. For severe hypothyroidism, speech retardation is very characteristic; sometimes it seems that the patient has something in his mouth (tongue is plaited). Swelling of the laryngeal mucosa is manifested by a low or even hoarse timbre of the voice. The patient may stumble on the utterance of individual words, after which, after making certain efforts, pronounces them more clearly. Classically, with hypothyroidism, swelling of the tongue is described, on which tooth prints can be seen. Swelling of the mucous membrane of the Eustachian tube may occur with some hearing loss. A common complaint is dry skin.

Among the changes on the part of the nervous system, mention should be made of a decrease in memory and intelligence, drowsiness, and depression. In children older than 3 years and in adults, changes in the nervous system are not irreversible and completely stop against the background of replacement therapy. In contrast, congenital hypothyroidism in the absence of replacement therapy leads to irreversible neuropsychic and physical disorders. On the part of the peripheral nervous system, changes rarely develop, although in some patients, myxedema phenomena provoke the development of tunnel syndromes (carpal tunnel syndrome).

The most common changes in the cardiovascular system are a tendency to bradycardia, mild diastolic hypertension and the formation of effusion in the pericardial cavity. Most patients with hypothyroidism develop atherogenic dyslipidemia.

On the part of the digestive system, constipation is a common symptom. In addition, biliary dyskinesia, hepatomegaly may develop; a slight decrease in appetite is characteristic. With severe hypothyroidism, hypochromic anemia can develop.

Very often, especially in women, changes in the reproductive system come to the fore. With hypothyroidism, various menstrual irregularities can occur: from amenorrhea to dysfunctional uterine bleeding. Both men and women experience a decrease in libido. In the pathogenesis of changes in the reproductive system, secondary hyperprolactinemia is of particular importance. Severe hypothyroidism is almost always accompanied by infertility, but a less pronounced deficiency of thyroid hormones in some women (about 2% among all pregnant women) may not prevent pregnancy, which in this case is accompanied by a high risk of her termination or birth of a child with impaired development of the nervous system.

Risk groups for the development of hypothyroidism
Family history

Manifest hypothyroidism is an absolute indication for prescribing replacement therapy with levothyroxine (L-T4), regardless of any additional factors (age, concomitant pathology). Only the treatment initiation option (initial dose and rate of increase) can differ. An absolute indication for replacement therapy in subclinical hypothyroidism is its detection in a pregnant woman, or planning for pregnancy in the near future.

The principles of substitution therapy for secondary hypothyroidism are similar, except that the quality of its compensation is assessed at the T4 level. Treatment of hypothyroid coma implies intensive measures, including the administration of thyroid hormone preparations, glucocorticoids, and the correction of hemodynamic and electrolyte disorders.

Forecast
The quality of life of patients with compensated hypothyroidism, as a rule, does not suffer significantly: the patient has no restrictions, except for the need for daily intake of L-T4.

Prevention of acquired hypothyroidism consists in improving the methods of surgical interventions on the thyroid gland, the correct selection of doses of antithyroid drugs in the treatment of diffuse toxic goiter, the targeted and timely treatment of thyroiditis, as well as in the use of rational doses when using elemental iodine or its compounds as medicines.