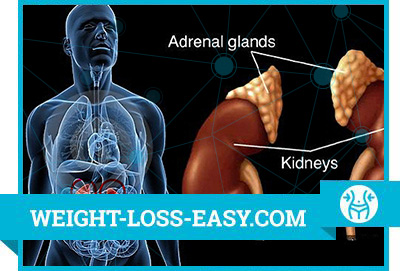 What is Primary Hyperaldosteronism (Conn’s Syndrome)?

In 1955, Conn described the syndrome, accompanied by arterial hypertension and a decrease in the level of potassium in the blood, the development of which is associated with a tumor (adenoma) of the adrenal cortex, which produces the hormone aldosterone. This pathology is called Conn syndrome.

Primary hyper aldosteronism (Conn’s syndrome) is a disease characterized by an increase in aldosterone secretion by the adrenal glands, manifested in a decrease in the activity of a specific substance, plasma renin, which plays an important role in regulating the body’s work, arterial hypertension and a decrease in the potassium content in the blood. Many other cases of hyperplasia (excessive tissue proliferation and its changes) of the adrenal cortex with an increase in aldosterone secretion were later described, and now the term “primary hyperaldosteronism” is used to describe both Conn’s syndrome itself and another pathology accompanied by hypersecretion of aldosterone, for example, hyperplasia of the cortex adrenal glands. Currently, primary hyper aldosteronism (PHA), and in particular Conn’s syndrome, is the most common cause of secondary arterial hypertension.

Currently, there are two main causes of PHA, accompanied by an increase in aldosterone secretion:

There are rare diseases and tumors that are similar in symptoms, including a hereditary disease, accompanied by an increase in aldosterone concentration.

The most common cause of PHA is Conn syndrome, and the adenoma usually does not exceed 3 cm in diameter, is unilateral and renin-independent. This means that the secretion of aldosterone does not depend on a change in body position. Less commonly, an adenoma can be renin-dependent (that is, aldosterone levels increase in an upright position). Conn syndrome occurs in 50-60% of cases.

Aldosterone can secrete tumors of extra-adrenal localization – in the kidneys or ovaries.

Complaints of patients with severe hypokalemia: fatigue, muscle weakness, muscle cramps, headaches and heart attack. Such patients may also experience increased thirst: as a result, they drink a lot, and polyuria (a lot of urine is released) due to so-called diabetes insipidus, developed as a result of hypokalemia and corresponding changes in the kidneys, due to the effect of aldosterone on them.

Relative hypocalcemia develops (a decrease in calcium in the blood) with the development of numbness in the extremities and around the mouth, muscle spasms in the hands and feet and, to an extreme degree, laryngeal spasm with the appearance of a feeling of suffocation and cramps. In this case, calcium preparations are not prescribed, since the total calcium content in the blood is normal, but due to hormonal imbalance, the balance of calcium in the body changes.

Long-existing arterial hypertension can lead to complications of the cardiovascular and nervous systems with all the accompanying symptoms.

There are no specific manifestations of Conn syndrome.

Other diagnostic methods
Postural test (transition from horizontal to vertical position of the body). Can be used in the clinic for the initial diagnosis of renin-dependent adrenal adenoma. Currently rarely used.

Due to the difficulty of differentiating the diagnosis between adrenal hyperplasia and adenoma after a CT scan, a procedure can be performed to take an analysis directly from the adrenal vein. In this case, a catheter is inserted into the adrenal vein through a vein on the thigh. Blood tests are taken from both adrenal veins, as well as from the inferior vena cava. The level of aldosterone after maximum stimulation of ACTH is determined.

The main goal is to prevent the occurrence of complications due to hypokalemia and arterial hypertension.

If with Conn’s syndrome, hypertension is corrected using unilateral adrenalectomy, then bilateral lesion is most often treated conservatively, since the effectiveness of unilateral or bilateral adrenalectomy is only 19%. In the case of adenoma, drug therapy is also carried out to control blood pressure and correct hypokalemia, which reduces the risk of subsequent surgery.

The main components of therapy:

Surgery
Surgery is the main treatment for Conn’s syndrome. If possible, a laparoscopic adrenalectomy is performed.

In patients with Conn’s syndrome, an indicator of the effectiveness of future unilateral adrenalectomy in relation to arterial hypertension is a decrease in blood pressure in response to spironolactone in the preoperative period. Spironolactone is prescribed for at least 1-2 weeks (preferably 6 weeks) prior to surgery to reduce the risk of surgery, correct hypokalemia, and establish control of blood pressure.

It should be noted that hypertension usually does not disappear immediately after surgery. Blood pressure gradually decreases over 3-6 months. Almost all patients report a decrease in blood pressure after surgery. A prolonged therapeutic effect is observed after unilateral adrenalectomy for Conn’s syndrome in an average of 69% of patients.